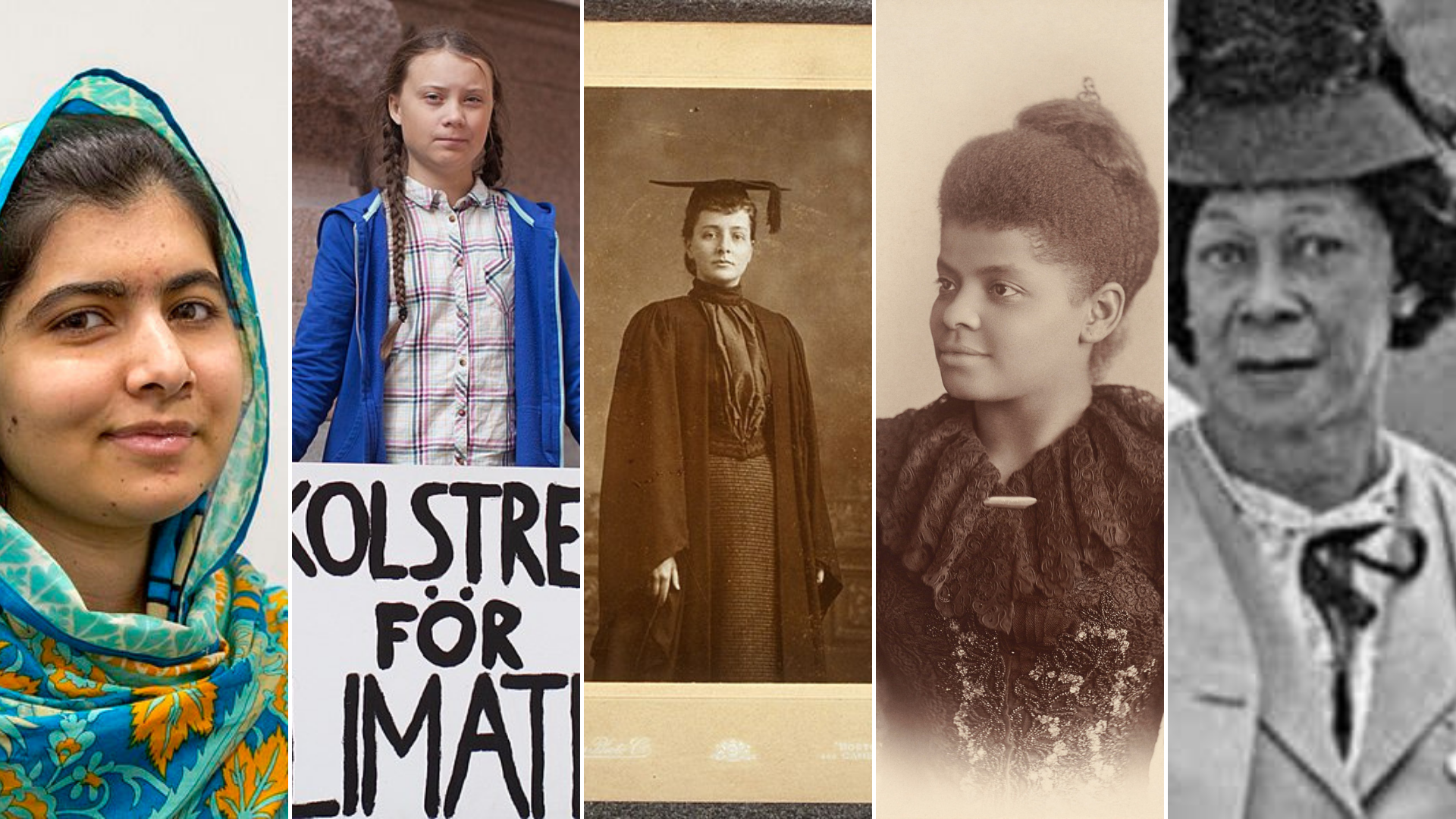 Malala Yousafzai’s story began like so many girls around the world - born into a country that did not appreciate her gender. The daughter of a Pakistani teacher, education was always important to Malala. At the age of 11, however, extremists banned girls from going to school and enforced harsh punishments. Malala spoke out on the behalf of her fellow classmates and very nearly paid the ultimate price. She was shot in the head by a masked gunman and spent months in surgery and recovery. Malala was awarded with the Nobel Peace Prize in 2014 for her work to ensure access to education for every girl. Read more about her work at the Malala Fund.

“I don’t want you to be hopeful… I want you to act like your house is on fire, because it is.”

Greta Thunberg’s bold activism has sparked mass protest and called for real action on climate change. She began protesting in 2018 outside the Swedish Parliament and soon student strikes were taking place across the world. Greta has utilized social media to reach people across the globe and bring a new generation to the fight to save our environment. Follew her on Twitter @GretaThunberg.

“Don’t do anything to close the door to the next advocate of suffrage.”

Maud Park was a well known suffragist who was able to use her lobbying skills for the cause. She was the youngest delegate at the 1900 National American Women Suffrage Association Convention. She pioneered the “front door lobby” approach which focused on building relationships and being persistent. Maud also helped organize the Women’s Joint Congressional Committee which passed several important bills to help women and children.

“The way to right wrongs is to turn the light of truth upon them.”

Ida B. Wells was an African American civil rights advocate, investigative journalist  and feminist leader. Born into slavery during the Civil War, her family became active in politcs after the Civil War during Reconstruction. After a friend was lynched, Ida investigated several cases of white mob violence. Her 1892 investigative reporting shook the white South and Ida had to deal with death threats until her move to Chicago. Later in life, she founded the National Association of Colored Women’s Club and was in Niagara Falls for the founding of the National Association of Colored People (NAACP).

“I defy any doctor in the world to prove that I am not a woman. I have lived, dressed, acted just like what I am, a woman.”

Lucy Hicks Anderson was born in 1886 and assigned male at birth. As a young child, she insisted on wearing dresses to school and her family decided to raise her as a girl. Lucy lived a full life as a socialite, baker, brothel owner and two time wife. Lucy’s assigned sex was discovered during a mandatory examination and she was put on trial for marrying a man. After serving their prison sentences, Lucy and her husband Rueben lived out their days in Los Angeles. Lucy was a pioneer for transgender rights and the ability to live as her authentic self.