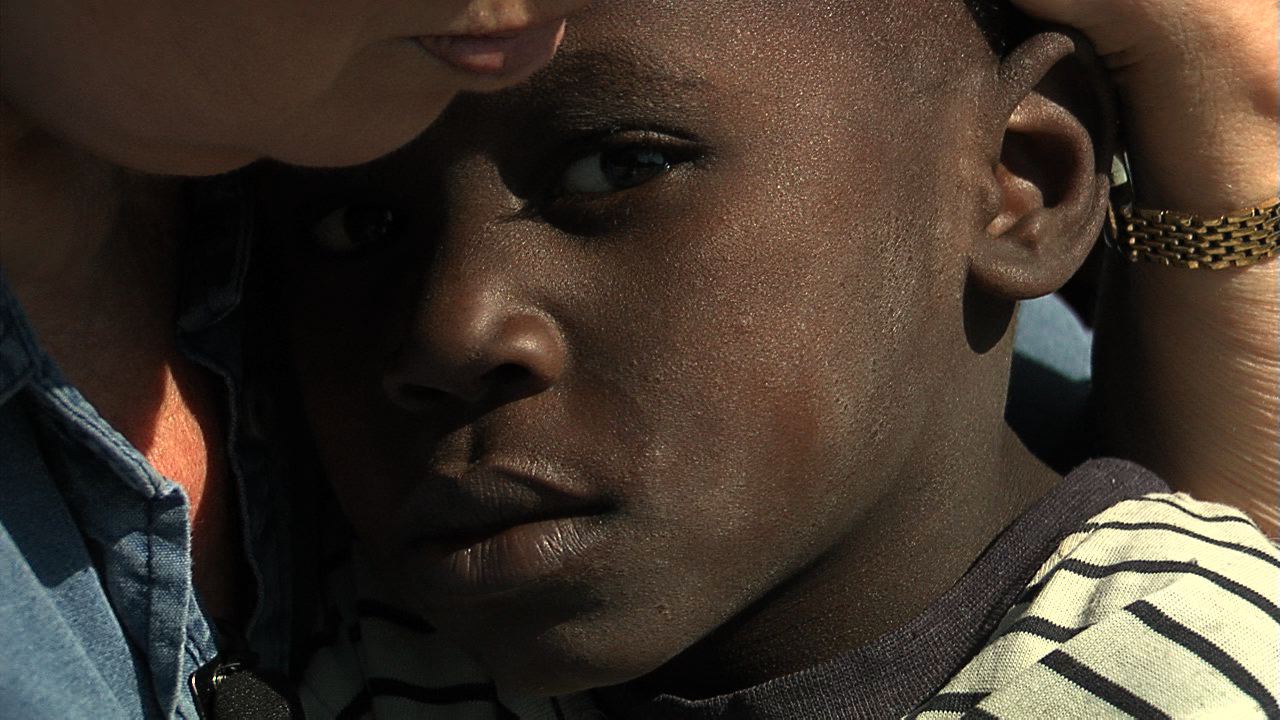 I originally went to Mozambique (a small country in southern Africa) to shoot video and document the trip of some people from a non-profit called Could You, who were doing work in the country. We were there a week and l had a job to do.  I was not supposed to get involved, just take pictures – right. Little did I know the experience would be life-changing.

What do you say to someone who literally has nothing. I saw some of the poorest people on the planet during this trip. No electricity, no running water, no job, and no education.  That’s the norm in Mozambique. People living in houses made of scrap metal, and forage for food in the bocaria (Portuguese word for dump). We went to the bocaria with a British woman named Jill.  She and her husband moved there to help homeless children (an epidemic). Many live in the dump, which can only be described as what the end of the world might look like. It’s the biggest mountain of trash I’ve ever seen, columns of thick black smoke spiralling upward, a smell that can’t be described, flies everywhere, and thousands of men, women, and children scaling this manmade mountain for food. It’s the most pathetic site I’ve ever seen.  We’ve all heard about it, but you can’t comprehend it until you actually see it.

It’s a dangerous place as well. There are no laws in the bocaria. The local police even stay away. Believe it or not there are even dead bodies in there. If a fight breaks out and someone is killed, their body is left right there in the rubbish (unless family members bury them in the dirt around the garbage.)

Jill took us to a family that she helps on her weekly trips to the dump. We met a woman there who everyone calls “Granny Fly”.  I never asked why they called her that, but judging by the amount of flies she had to endure that may have had something to do with it. She looked 100, but was probably in her 60’s. Which is a great accomplishment considering the life expectancy is about 48. I’m sure in the bocaria it’s much less.  She didn’t really know how old she
was, a lot of people there don’t. Granny Fly was actually born at the bocaria. Can you imaging that. Born and raised in a garage dump. She’s never been anywhere else. That’s been her life. No school, no medical care of any kind, no job, except to forage for food and look for things to barter with.

As bad as Granny Fly has it, she still welcomed us with open arms, and a big smile on her worn, tired face.  It’s obviously a life no one here could imagine.  We wouldn’t survive a year in those conditions, but somehow Granny Fly has managed to do much better than that.  She was eager to show us her “home”.  Nothing more then a tiny dark shack made of cinder blocks and scraps of tin. Jill brings Granny Fly and her small clan, food, clean water, and
basic medical supplies.  Things like aspirin, cough syrup, and band aids. Sometimes others come and try to steal these things from her. She has to fight with them, sometimes physically to keep what little she has.

I didn’t have the chance to witness this myself ( not sure I would even want to), but it’s so bad there, when a trash truck comes into the bocaria to dump its rubbish, there are dozens of people waiting for it.  They actually know which trucks have the “good” garbage.  The “good” garbage comes from the neighborhoods of the government officials, hotels, and the few restaurants they have in the city.  Let me also tell you that the people don’t really WAIT for the trucks.  As soon as they make the turn to come into the land fill they sprint to the moving vehicles, climb on them, and then dive right into the back.

The reason they do this of course is because they want to be the first ones in to get the “good stuff.” How heartbreaking is that? The most amazing thing about the place wasn’t the extreme poverty, it was the people. They had nothing to give…. except themselves. They were proud people who didn’t want a hand out,  just a hand up. They live in a country so poor there are no jobs and little infrastructure. There is literally nothing for them to do. No job means no income, which in turn means there is no way for them to get ahead.

We all talk about wanting to, or needing to, live life day by day. For most Mozambicans there is no other way. It’s been two years since I was in Mozambique.  How are the people in the bocaria doing?  Are they even still alive?  It’s such a hard life. I found out on this trip that the only real difference between me and them… where we were born. I try to remember that when I’m having a bad day or something is worrying me. It’s really insignificant compared to the struggles of the people in the bocaria.