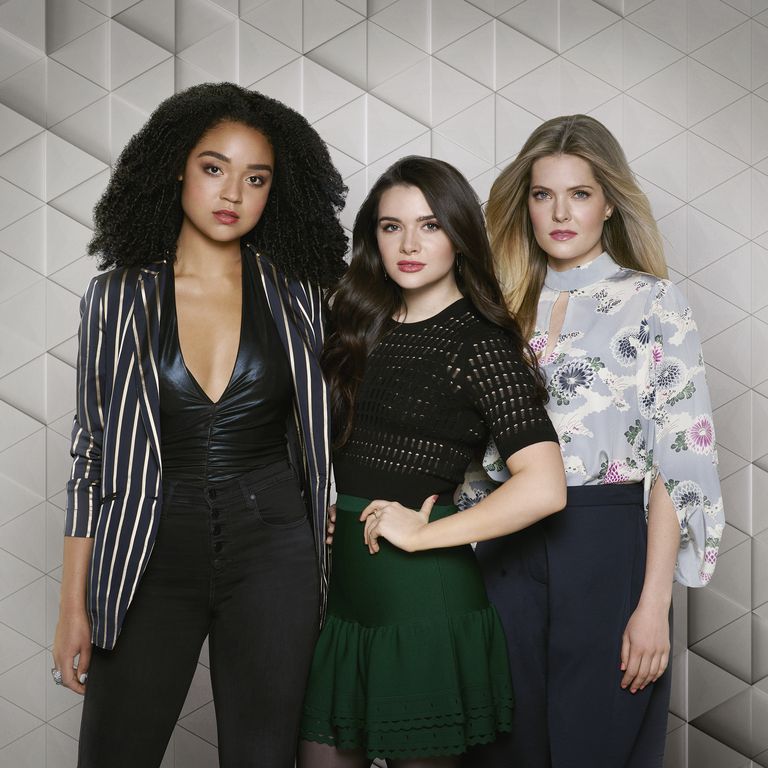 With the plethora of streaming channels, we just may be in a new golden age of television. More than ever before, strong and independent women are leading shows on the small screen. Here are 15 of our favorite shows to binge that feature empowering females:

Two women — equally obsessed with each other — go head to head in an epic game of cat and mouse. Eve's life as a spy is not adding up to what she had hoped it would be when she started. She is a bored, very smart, MI5 security officer who is very desk-bound. Villanelle is a very talented killer, mercurial in mood, who clings to the luxuries of her job.

Gabrielle Union stars as Mary Jane Paul, a wildly successful TV reporter who is searching for love in all the wrong places. She has a closet packed with designer clothes and shoes, a beautiful home, a nice car, and the drive to achieve even greater heights. Yet something is missing. As Mary Jane looks to start a family of her own to share life's greatest gifts, she discovers who she really is and the people who help define her.

Alison Brie stars as Ruth Wilder, an out-of-work actress living in Los Angeles in the '80s who finds an unexpected chance at stardom: enter the glitter and spandex-laden world of women's wrestling

Based on the celebrated graphic novel by Alan Moore and Dave Gibbons, the exciting and dark "Watchmen" takes place in Tulsa, Okla., 34 years after the original story. After a white supremacist attack on the local police department, which leaves only two surviving cops on the beat, laws are passed that allow the cops to hide their identities behind masks. One of these cops, Angela Abar, adopts the identity of Sister Night and fights racists while dealing with the decades-long legacy of the vigilantes.

For as long as they can recall, Grace and Frankie have been rivals. Their one-upmanship comes crashing to a halt, however, when they learn that their husbands have fallen in love with each other and want to get married. As everything around the ladies is coming apart, the only thing they can really rely on is each other.

Based on a book by Lindy West, Shrill is about a struggling young journalist who is determined to change her life without changing her body. While dealing with unreliable boyfriends, sick parents and a perfectionist boss, she begins to understand that she's just as good as everyone else.

One Day at A Time

This comedy-drama is inspired by Norman Lear's 1975 series of the same name. This time around, the series follows the life of Penelope, a newly single Army veteran, and her Cuban-American family, as they navigate the ups and downs of life.

"Queen Sugar" tells the story of the estranged Bordelon siblings in Louisiana. At the center of the family are Nova, a journalist and activist; Charley, the wife and manager of an NBA player; and formerly incarcerated father Ralph Angel, who is searching for redemption. Following a tragedy in the family, the siblings must put their complicated lives aside so that they can come together to run the clan's struggling sugar cane farm.

Based on the same-titled bestseller by Liane Moriarty, "Big Little Lies" weaves a darkly comedic tale of murder and mischief in the tranquil beachfront town of Monterey, Calif. Amidst doting moms, successful husbands, beautiful children, and stunning homes exists a community fueled by rumors and divided into haves and have-nots, exposing fractured relationships between husbands and wives, parents and children, and friends and neighbors.

Putting together a magazine is not an easy task, requiring a lot of teamwork to finish the job and get the publication on newsstand shelves. That's why the staffers responsible for producing global women's magazine Scarlet lean on one another as they try to find their own voices. While working together to publish each issue of the periodical, they struggle to find their identities, manage friendships and find love. The drama series is inspired by the life of longtime magazine editor and executive Joanna Coles, who serves as an executive producer.

When a very public scandal lands her husband in prison, Alicia Florrick must get past the humiliation and betrayal and assume responsibility for her family. She resumes her career as a defense attorney, shedding her persona as the embarrassed wife of a politician, and takes charge of her destiny.

Westworld isn't your typical amusement park. Intended for rich vacationers, the futuristic park -- which is looked after by robotic "hosts" -- allows its visitors to live out their fantasies through artificial consciousness. No matter how illicit the fantasy may be, there are no consequences for the park's guests, allowing for any wish to be indulged. "Westworld" is based on the 1973 Michael Crichton movie of the same name and features an all-star cast.

This Netflix original chronicles the life of one of the darker Marvel characters, the mysterious Jessica Jones. Jessica settles in New York City and opens her own detective agency, called Alias Investigations, which seems to be called into cases involving people who have special abilities.

Tracey Gordon, a religious, Beyoncé-obsessed 24-year-old, is fast to find out that the more she learns about the world, the less she understands.

Hundreds of years in the future, things are different than what we are used to after humans have colonized the solar system and Mars has become an independent military power. Rising tensions between Earth and Mars have put them on the brink of war. Against this backdrop, a hardened detective and a rogue ship's captain come together to investigate the case of a missing young woman. The investigation leads them on a race across the solar system that could expose the greatest conspiracy in human history.